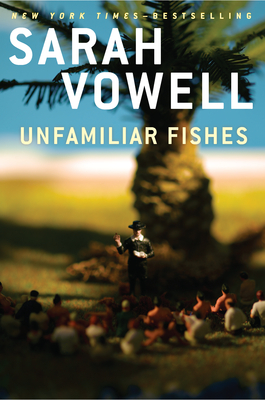 Among the developments in these outposts of 1898, Vowell considers the Americanization of Hawaii the most intriguing. From the arrival of New England missionaries in 1820, their goal to Christianize the local heathen, to the coup d'état of the missionaries' sons in 1893, which overthrew the Hawaiian queen, the events leading up to American annexation feature a cast of beguiling, and often appealing or tragic, characters: whalers who fired cannons at the Bible-thumpers denying them their God-given right to whores, an incestuous princess pulled between her new god and her brother-husband, sugar barons, lepers, con men, Theodore Roosevelt, and the last Hawaiian queen, a songwriter whose sentimental ode "Aloha 'Oe" serenaded the first Hawaiian president of the United States during his 2009 inaugural parade.

With her trademark smart-alecky insights and reporting, Vowell lights out to discover the off, emblematic, and exceptional history of the fiftieth state, and in so doing finds America, warts and all. 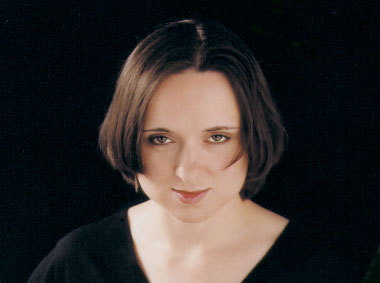 Sarah Vowell is the bestselling author of The Wordy Shipmates, Assassination Vacation, The Partly Cloudy Patriot, Take the Cannoli, and Radio On. A contributing editor for public radio’s "This American Life", she lives in New York City.

This event is free and open to the public.

Doors open at 6pm. Seating is first come, first served. The event will start at 7pm.

10% of all book sales at this event will be donated to the Unity Temple Restoration Foundation.

Writers at Wright is a partnership between The Book Table, Friends of the Oak Park Public Library, Midwest Media and the Unity Temple Restoration Foundation dedicated to bringing the finest authors to Frank Lloyd Wright's architectural masterpiece, Unity Temple in Oak Park, IL.

Mon-Sat 9am-9pm
Sundays 11am-6pm
By Village Ordinance, Masks are required for everyone age 2 & up inside stores.